Listen
The Åland Islands were in a crossroads of various interests after the Continuation War. The Finnish peace delegation had in Moscow even considered offering the Åland Islands as a substitute to the Porkkala lease area demanded by the Soviet Union. When the leaders of Sweden became aware of it they were very angry. The Swedish Prime Minister Per Albin Hansson, however, immediately rejected Julius Sundblom’s proposal that the Åland Islands would be annexed to Sweden; they met in November 1944. During the peace negotiations, the Soviet Union settled for a restoration of the demilitarization treaty of 1940, relinquishing all other demands on Åland. The war had interrupted modernization of the autonomy, a project launched in 1938 in connection with the Stockholm Plan. Work was resumed in 1945 after negotiations between a delegation from the Åland Islands and Prime Minister Juho Kusti Paasikivi; a bill for a new act on the autonomy of the Åland Islands was given in October 1948. The removal of an article on international guarantees for the autonomy (at the request of the Soviet Union) raised deep concern in the Åland Islands, but both legislative bodies, the Parliament of Finland and the Parliament of the Åland, finally passed the law in 1951. The rights of domicile decreed by the law, limiting the rights of nonresidentials, were defined according to the Ålanders’ wishes. The new Act on Autonomy clarified the division of work between the Province and the State, also transferring a major part of the state ownership of land to the Province of Åland.

The Autonomy Act of 1951 strengthened the special status of the Åland Islands. A Provincial Government replaced the Provincial Board and the Åland Islands got its own flag. The old unofficial flag, which had been used widely, was rejected by President J.K.Paasikivi because the colours of the flag were entirely the same as in the Swedish flag. The current flag which includes the colours of the coat of arms of Finland, red and yellow, was confirmed in 1954.

The extensive emigration from Finland mainly to Sweden started in the Åland Islands already earlier, soon after the end of the wars. Traditional agriculture and fishing offered fewer and fewer job opportunities and neighbouring Sweden’s high standard of living was a strong attraction. The fast developments in the third traditional field of employment, shipping, changed the situation. The outdated vessels were replaced by oil tankers and reefers, which brought jobs and income. The traffic with car ferries became particularly important, after a start with very modest vessels of the new companies Viking Line and Eckerö Line at the end of the 1950:s.

Both shipping companies were extremely successful and they acquired over time modern vessels satisfying the needs of increasing road transportations and the growing number of cars. Tourism was increasing rapidly and it did not initially require costly investments. Camping was also on Åland replaced by renting of cottages as the level of requirements rose. The major project including 1 200 cottages launched by the Swedish company Grängesberg Ltd. in 1968 did not, however, progress any further, as it became evident that the local partners in the project intended to favor Swedish purchases of cottages.

The local debate on the project reflected the generally as a rule sensitive attitude to Finnish-speakers in the Åland Islands. There were tensions on both sides. The leading figures of the province turned to President Urho Kekkonen in 1964 when the attitude of the State authorities towards projcts pursued by the Åland Islands seemed parsimonious. The meeting led to the implemention of Project 77 (the erection of a building for the Parliament and administration of the Province of Åland). The monumental Självstyrelsegården building was completed in 1978 and is today a landmark of Mariehamn. In 1970 the Åland Islands was granted represention in the Nordic Council.

In the 1970:s the political parties replaced the former constituency associations in the elections to the Parliament of Åland, which clarified the political scene. The press monopoly in the province was diversified in 1981 when the newspaper Nya Åland, with a more moderate attitude to mainland Finland, was founded as a competitor of the newspaper Åland, which cherishes the heritage of Julius Sundblom. The Western European peace movement of the early 1980:s was also reflected on Åland, which adopted the attribute ”Islands of Peace”. The visits of Finnish naval vessels in the waters of Åland (Finland is responsible for the defense of Åland during crises), allowed by the convention on the Åland Islands, became correspondingly a growing source of irritation

Travellers on the outer deck of m/s Skandia in the vicinity of Mariehamn. Photo: Matti Poutvaara. Finnish Heritage Agency 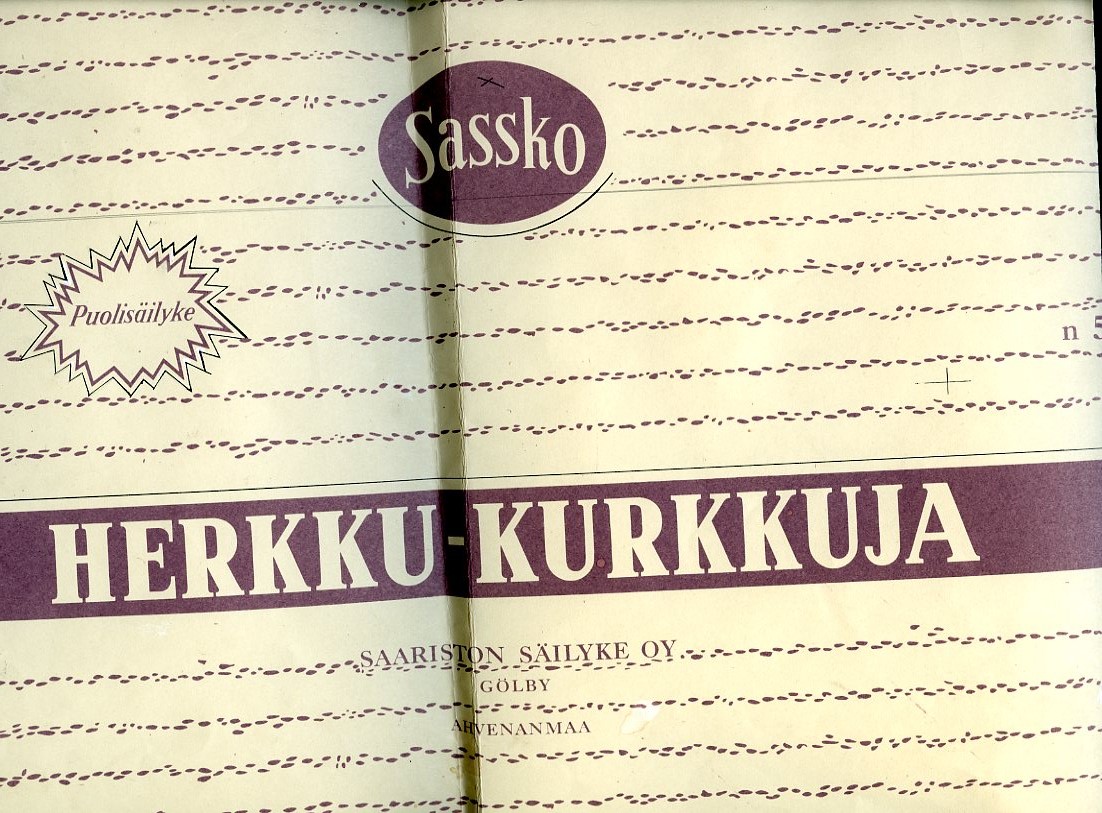 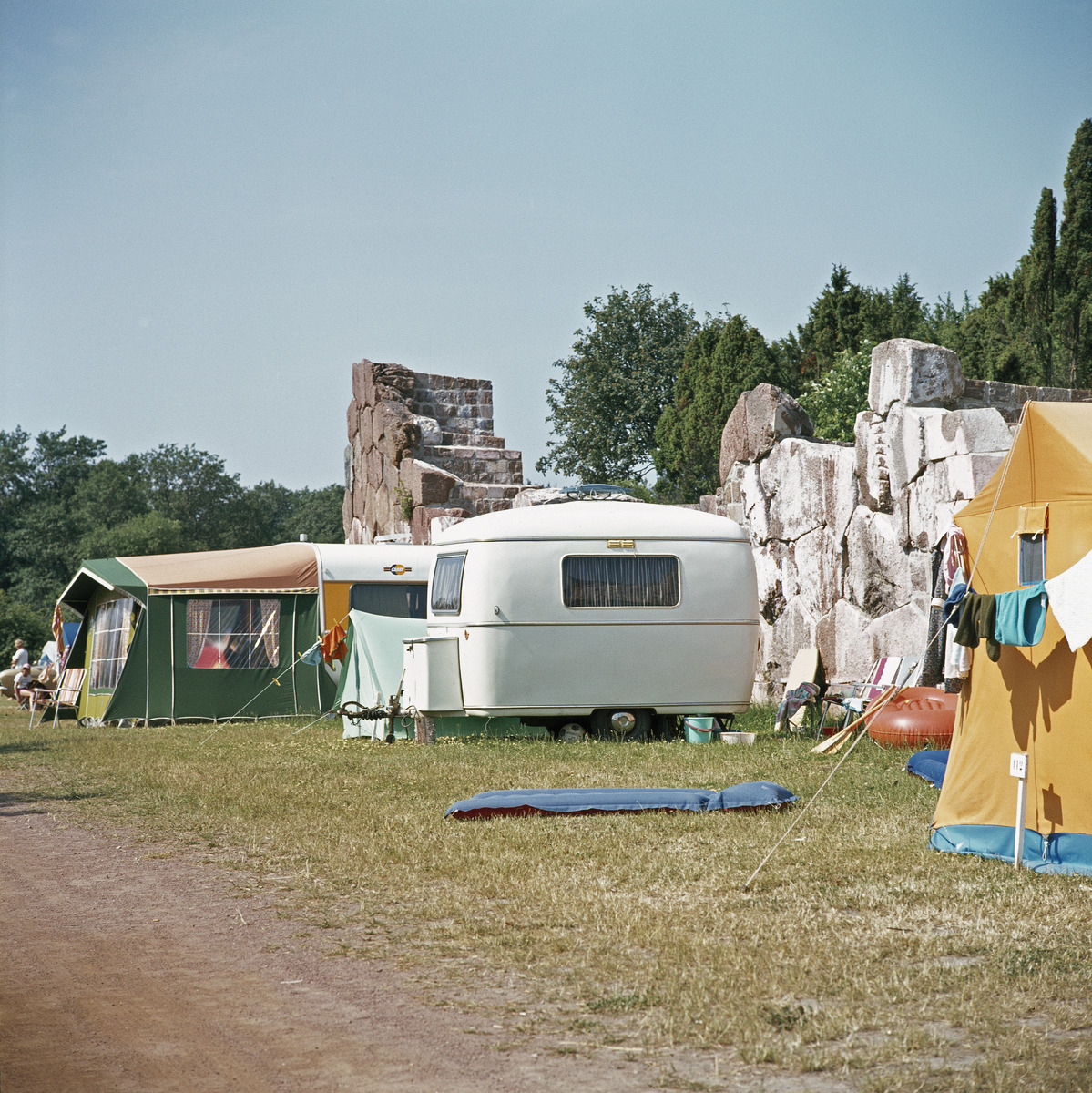 Checking in at the airport of Mariehamn in 1957. Photo published in the aeronautical magazine Ilmailu, issue 6–7/1957. Finnish Aviation Museum.

Labels for conserved anchovies from Åland (from the 1950s). Turku Museum Center. 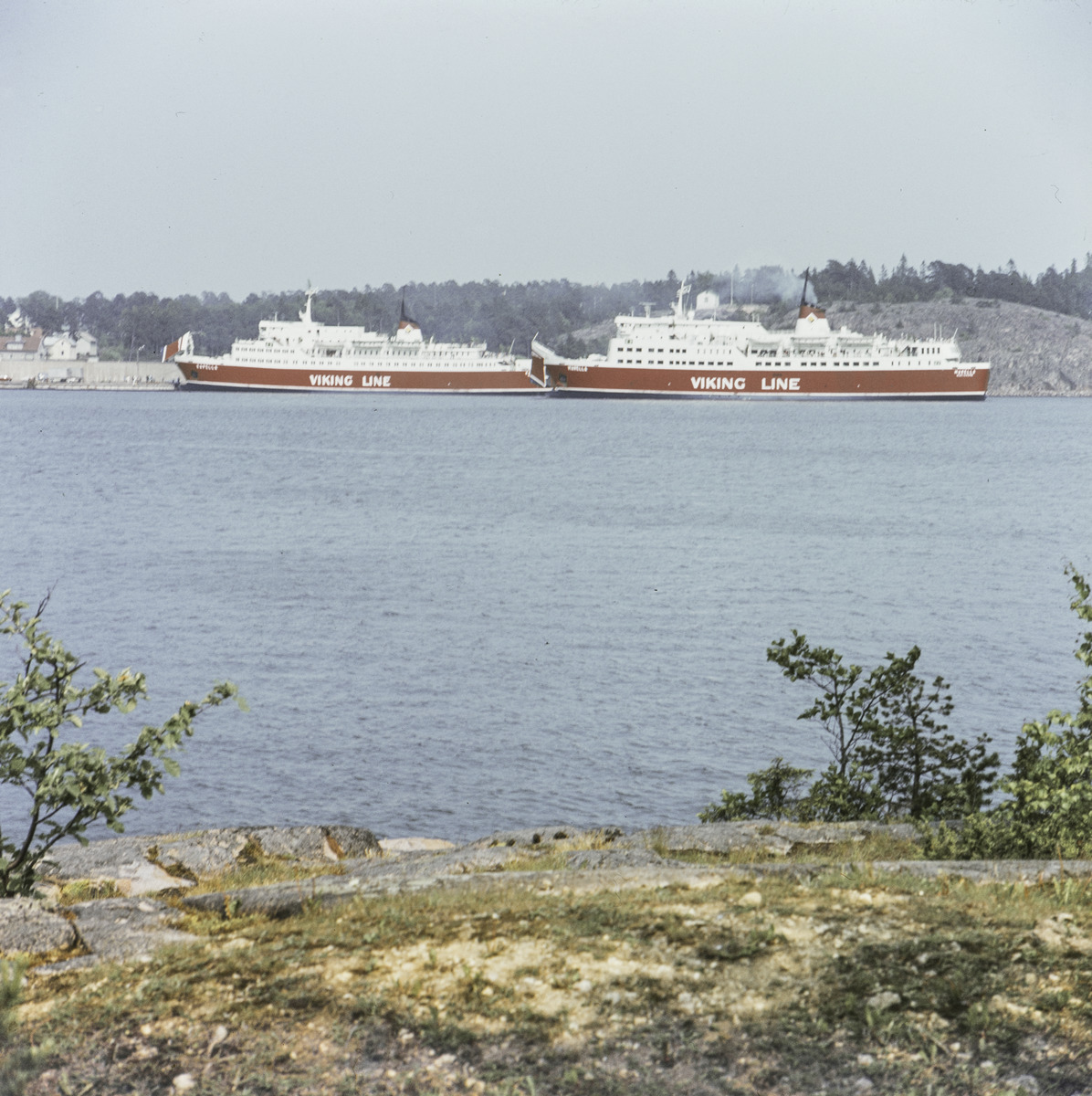