Listen
The Ålanders were not in favour of the extensive autonomy required by the League of Nations and granted by Finland, but it was vigorously put into practice. In the first elections on 8th May 1922, 30 representatives were elected to the Provincial Parliament of Åland. Julius Sundblom was nominated Speaker. Carl Björkman became the first Chair of the Provincial Board (nowadays Provincial Government). The leaders of the Ålanders thus continued to co-operate, until their relations became inflamed in the 1930:s. Lars Wilhelm Fagerlund, who was appointed highest representative of the state of Finland, Provincial Governor, in 1923 had already in 1918 as a member of the so-called informal Åland Committee, recommended autonomy for the Province. Co-operation between the State authorities and the Province of the Åland Islands started stumbling. The Supreme Court of Finland rejected several bills for provincial laws and the transition of administrative areas from the state to the Åland Islands was slow. There was unwillingness on both sides. In 1922, the Finnish Parliament passed a law which guaranteed the autonomy of the province, but the Ålanders regarded it as parsimonious. The Ålanders objected to a decree requiring them to serve in the Finnish Maritime Administration when reaching conscription age, instead of service in the Finnish Defence Forces. The Åland Delegation, comprising of representatives of the State and the Province, was, however, able to resolve the over time diminishing number of disagreements – often in good spirits. 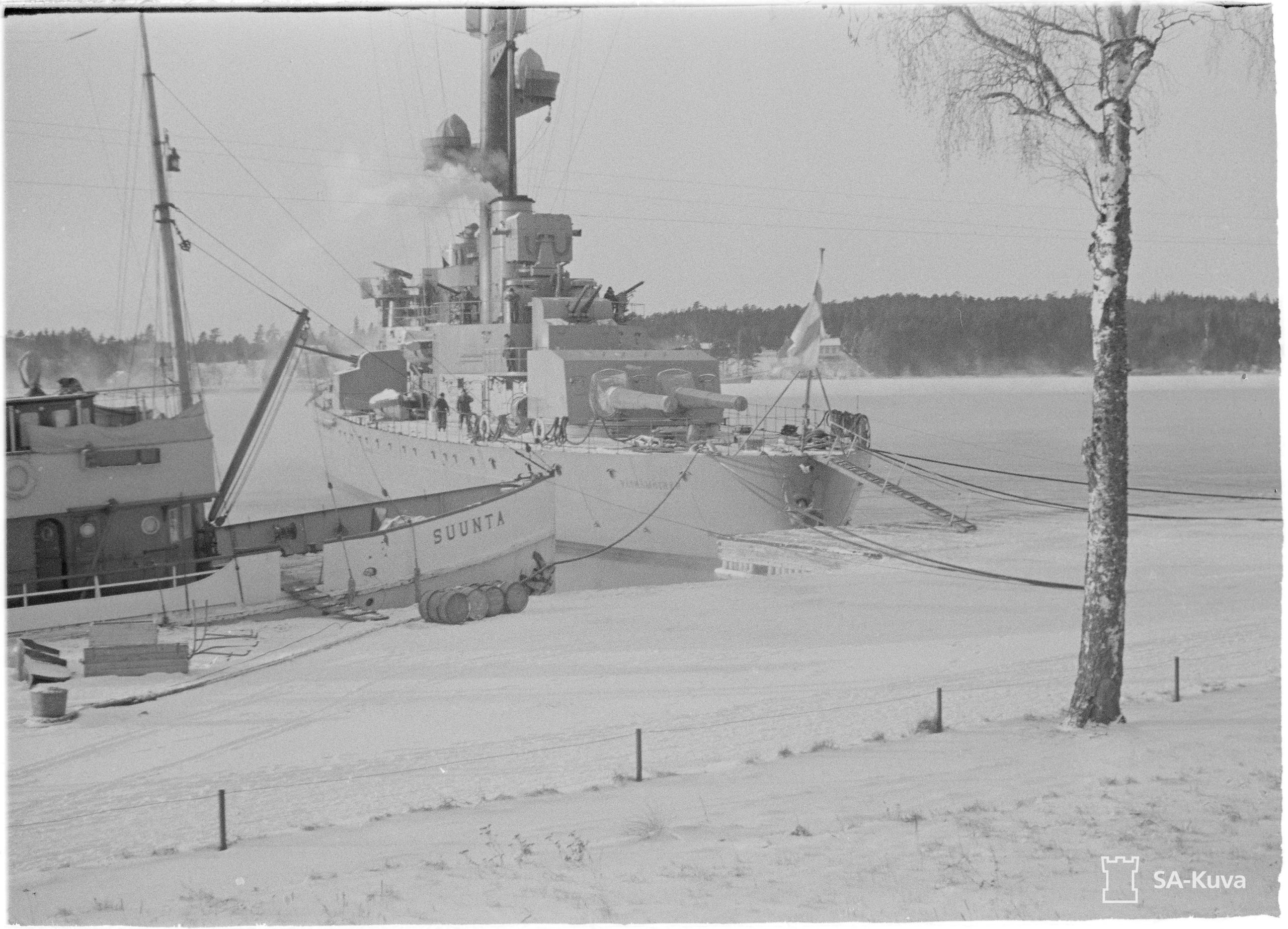 Autonomy was gradually establishing, which was reflected in the decreasing voting percentages of the provincial elections, possibly because they were not regarded very important. The only political groups with a party profile were leftist, commanding very little support, while the traditional constituency associations stood for continuity. The political disputes on Finnish mainland did not particularly disturb the daily life of the Ålanders who were preoccupied with agriculture, fishing and seafaring. Shipowner Gustaf Eriksson on Åland could continue operating with sailing ships mainly because of low crew costs, receiving worldwide romanticizing in the press. Tourism made its mark on Åland in summertime, with many boarding houses offering accomodation and meals.

As the external pressure diminished there was growing space for conflicts between the two leading figures on the Åland Islands, Julius Sundblom and Carl Björkman; the latter even became a victim of attempted murder in 1935.The inflamed conflict flared up again in 1938 when they became aware of the so-called Stockholm Plan, which advocated for a partial change in the status of the Åland Islands. The Governments in Finland and Sweden, worried about the growing tension in Europe, had requested the military authorities of both countries to draft a plan for a joint defense of the Åland Islands, including fortifications in the southern part of Åland and the introduction of temporary conscription of Ålanders. Carl Björkman had to resign from his post after having publicly given support to the plan.

Sweden, however, withdrew from the project in 1939 after protests from the Soviet Union. The outbreak of the Winter War made the Ålanders change their minds and even Julius Sundblom supported the foundation of a local militia, Ålands hemvärn. Finnish troops arrived in the Åland Islands and the construction of fortifications along its coastline began. The acts of war experienced by the Ålanders were restricted to a couple of bombings and mining of the surrounding waters. The Finnish military forces remained in the Åland Islands even after the Winter War and the construction of fortifications were speeded up. 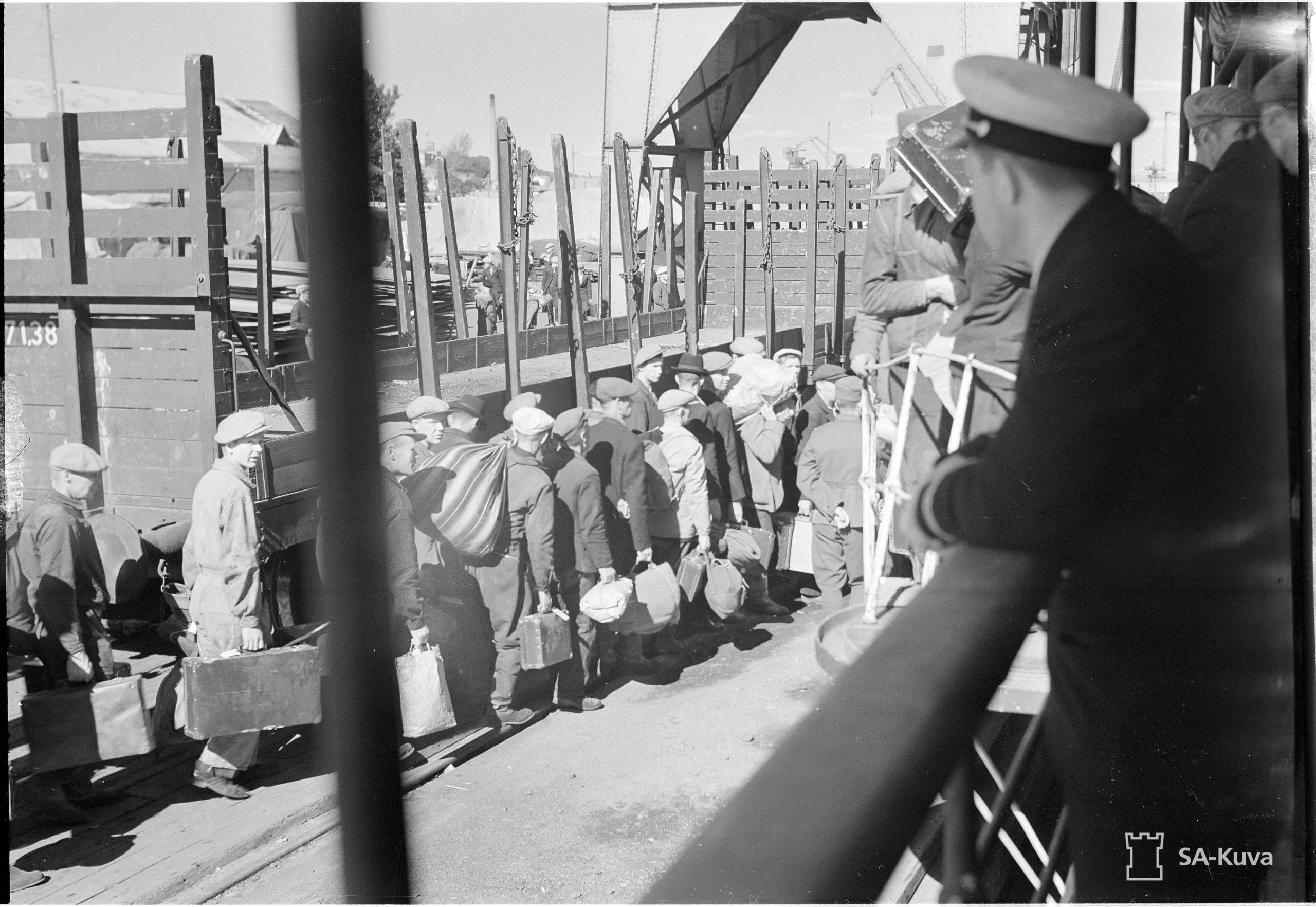 Men on their way to Åland to participate in fortfification work 24.6.1941. Photo: Gunnari. SA-kuva

When the Continuation War broke out on 25:th June 1941, the Finnish troops were already in the Åland Islands, where the construction of fortifications started with the assistance of Ålanders who were subject to compulsory labour service. The presence of the military forces, however, caused friction, and attitude on Åland on the new war was negative, because it isolated the Ålanders from the world and caused crew losses in the merchant fleet. The lives of common Ålanders were not overtly disturbed by acts of war, particularly when the German plan for an occupation of Åland in 1944 if Finland would leave the war, ”Operation Tanne West”, was not carried out. After the armistice between Finland and the Soviet Union was signed on 19:th September 1944 the Soviet fleet used Mariehamn as a base for a couple of months. 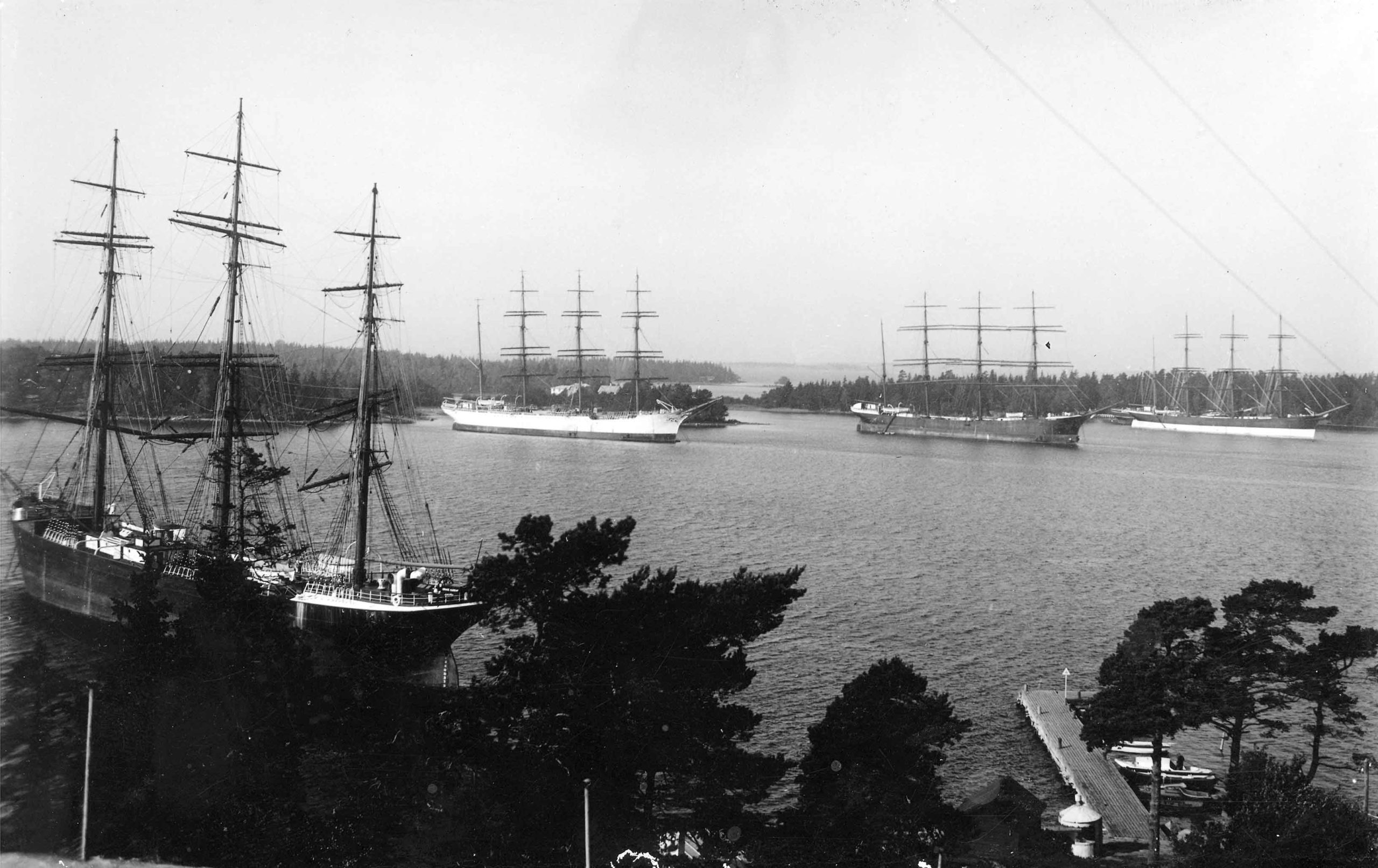 Sailing vessels in the Western harbour of Mariehamn in 1933. Museum of Åland 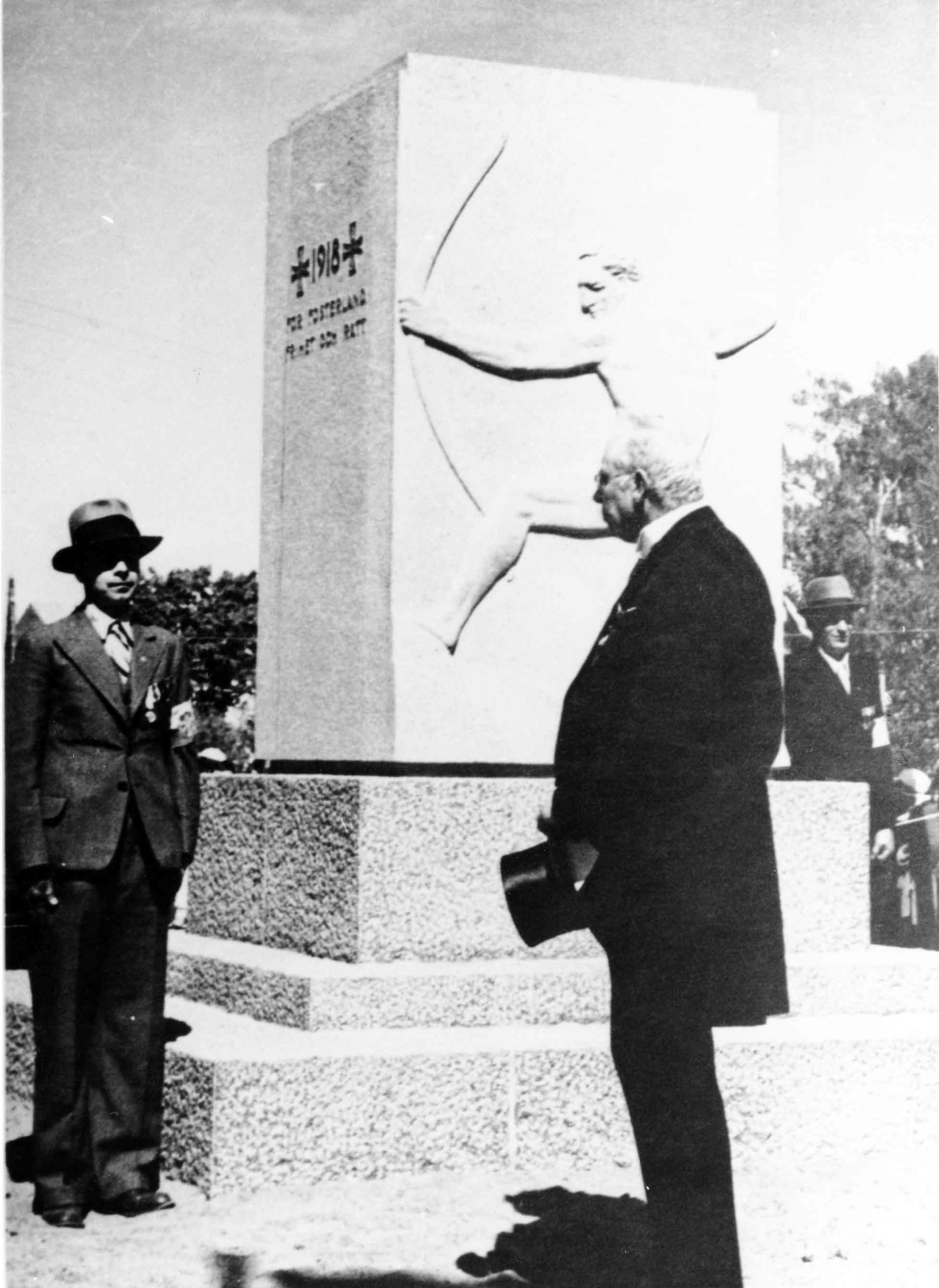 Provincial Councillor Carl Björkman gives a speech in Godby in 1938. Museum of Åland. 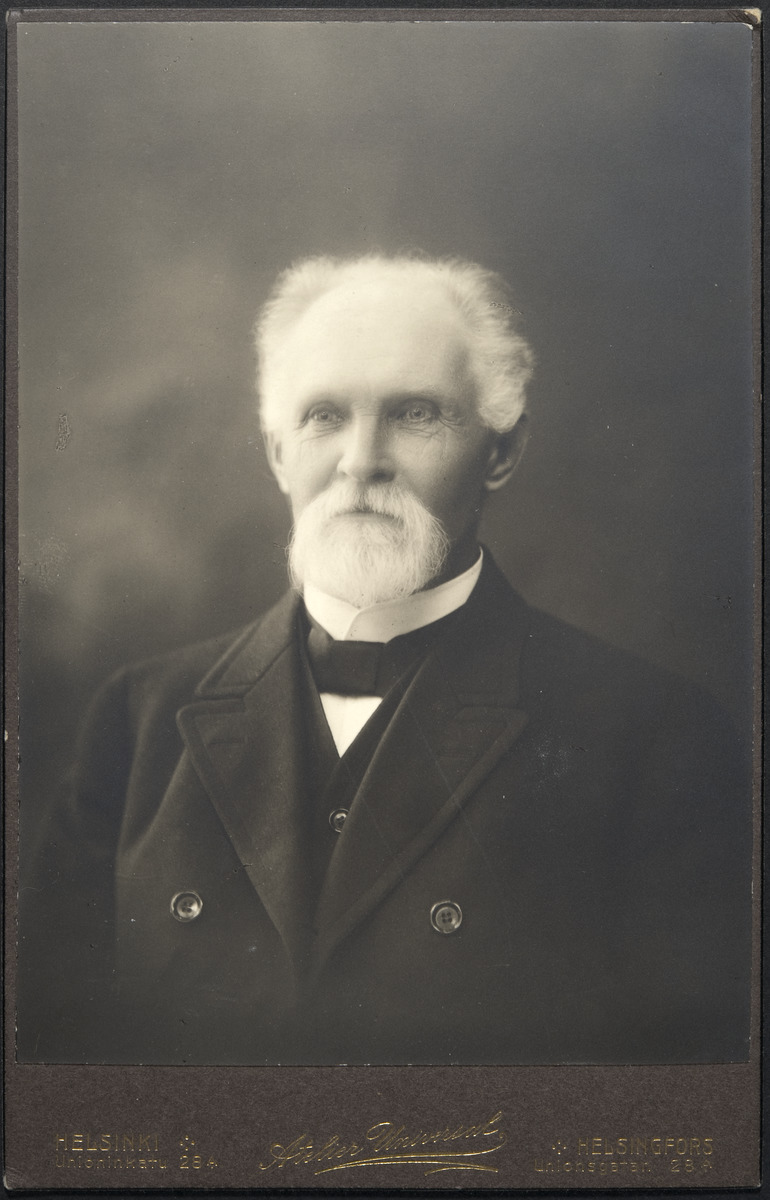 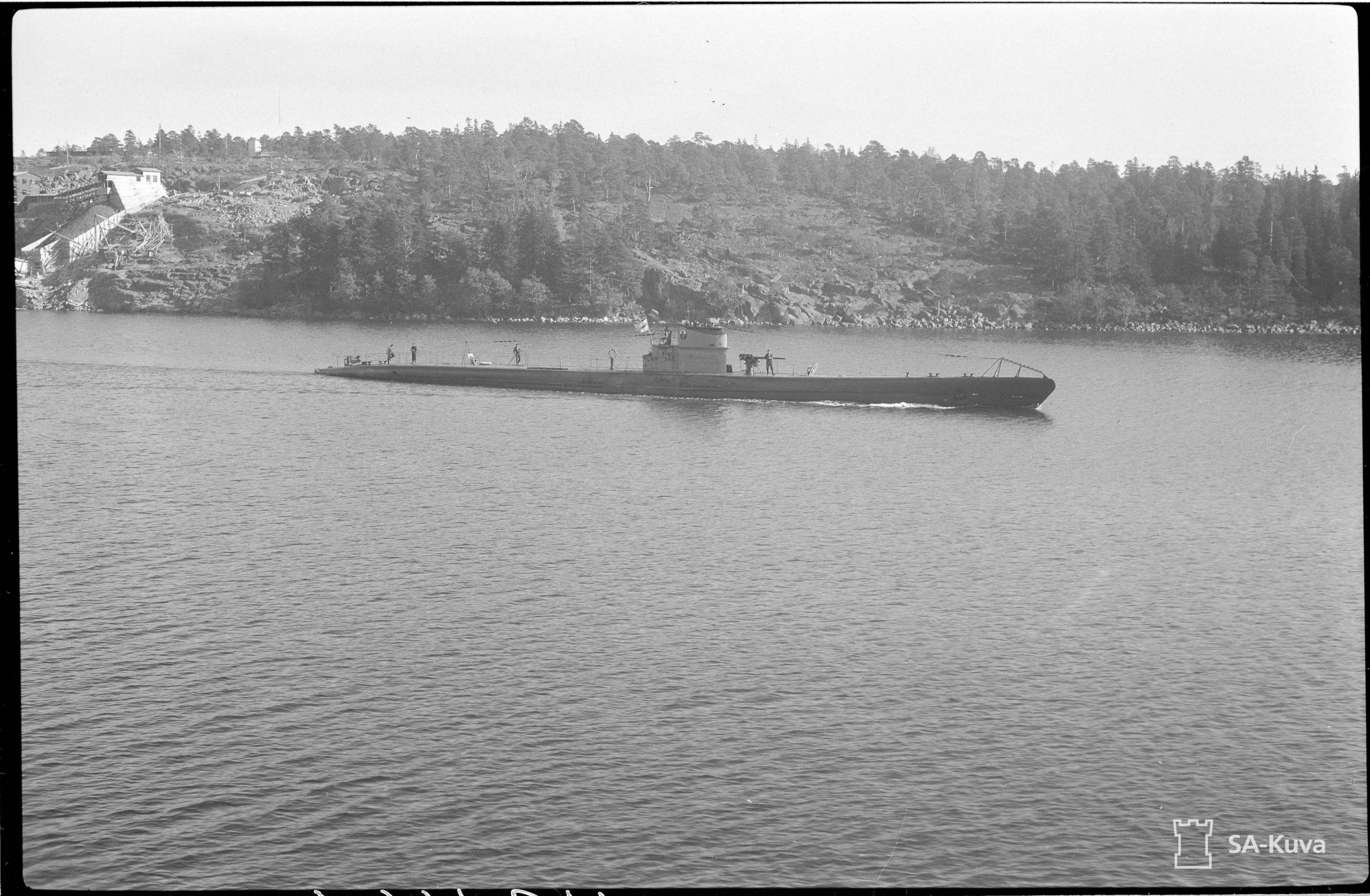 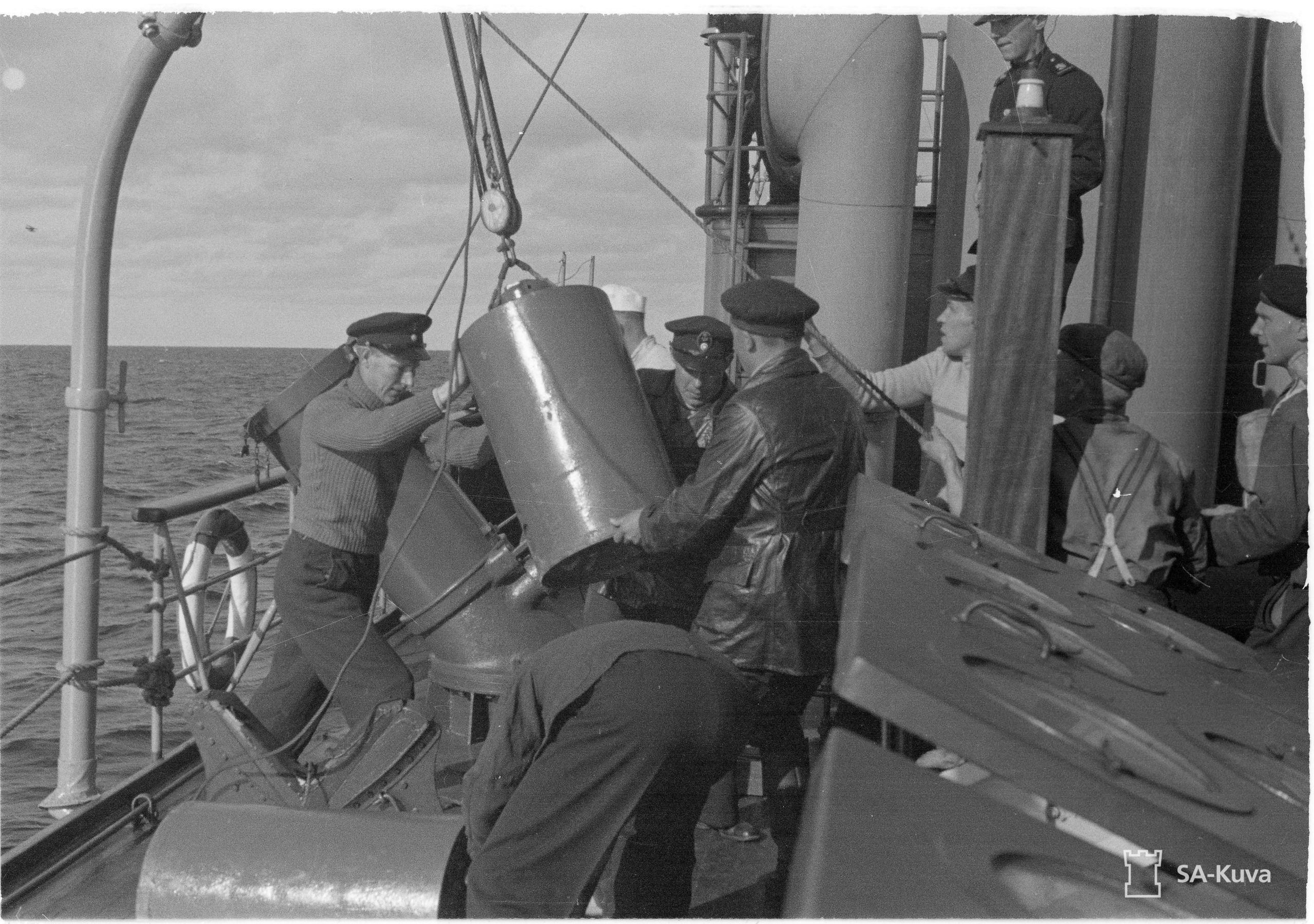