Listen
The League of Nations examined the dispute from juridical and political points of view. It appointed a Commission of Jurists and gave it the task of defining the judicial status of the Åland Islands and investigating whether it was an internal matter of Finland or an issue of international settlement. It was also expected to form an opinion about the treaty on demilitarization of Åland from 1856: how should it be interpreted and applied in the new situation? Further, a Commission of Rapporteurs was appointed to investigate the local circumstances. It also visited both countries. When the Commission of Jurists published its report the hopes in Sweden rose and the political circles in Finland got frightened. The Commission adopted the view launched by Sweden and the Ålanders: Finland had still been a forming state when it declared itself independent, not a continuum of autonomous Finland. The Åland Islands was a unit separate from Finland with a people, i.e. the Ålanders, having the right to express their wish for a change during such a period of change. The earlier developments were also presented according to the Swedish view: The Åland Islands had belonged to Sweden until 1809, when they “together with Finland” became part of the Russian realm. The Rapporteurs, however, were of a completely different opinion which in the end carried more weight. Independent Finland was, according to them, a continuum of autonomous Finland, and in 1809 there had been no difference between the annexations of Finland and the Åland Islands to Russia. In any case, the islands had belonged to Finland since 1809, which was of primary importance. When Finland had been recognized de jure by other states, it was done according to the definitions of the Grand Duchy. The Åland Islands had been governed administratively from Turku during the period of Swedish rule.

The result was disappointing for Sweden and the Ålanders. Swedish diplomats were speculating whether the Commission of Rapporteurs had made their decision in Finnish favor because Sweden had behaved too well. It was known that Sweden would not resort to arms if the decision was unfavorable. One could perhaps not be equally certain about Finland, which was a new and still unstable state. The general unwillingness to make radical changes in the current situation was probably of rather decisive importance, as well as the geography, which Finland had utilized when drawing up the sea route for the Rapporteurs. Between the Finnish mainland and the Åland Islands they had all the time stayed within the archipelago, whereas moving from the Åland Islands to Sweden had to be made over vast open waters.
Finland was, however, obliged to grant the Aland Islands wide autonomy. The status of Swedish as the only administrative language in the Province of Åland was established and the defining of domicile on Åland was left to the islanders, making it practically impossible to change the current situation – particularly when it was well known that the Åland Islands could invoke the international guarantees which had been agreed upon at the same time. The scope of the autonomy of Åland and the totally unilingual Swedish status of the Province were hard to accept for many Finnish nationalists. Many of them felt that Finnish-speakers had practically no rights in the Åland Islands. The result was, however, recognized reluctantly because a refusal would have endangered the continued Finnish sovereignty over the Islands. It would also have harmed Finland’s international reputation in the eyes of countries which were of vital importance for a young state. Besides, the regulations of 1921-22 were nothing new. Almost similar regulations had been issued already in 1920. 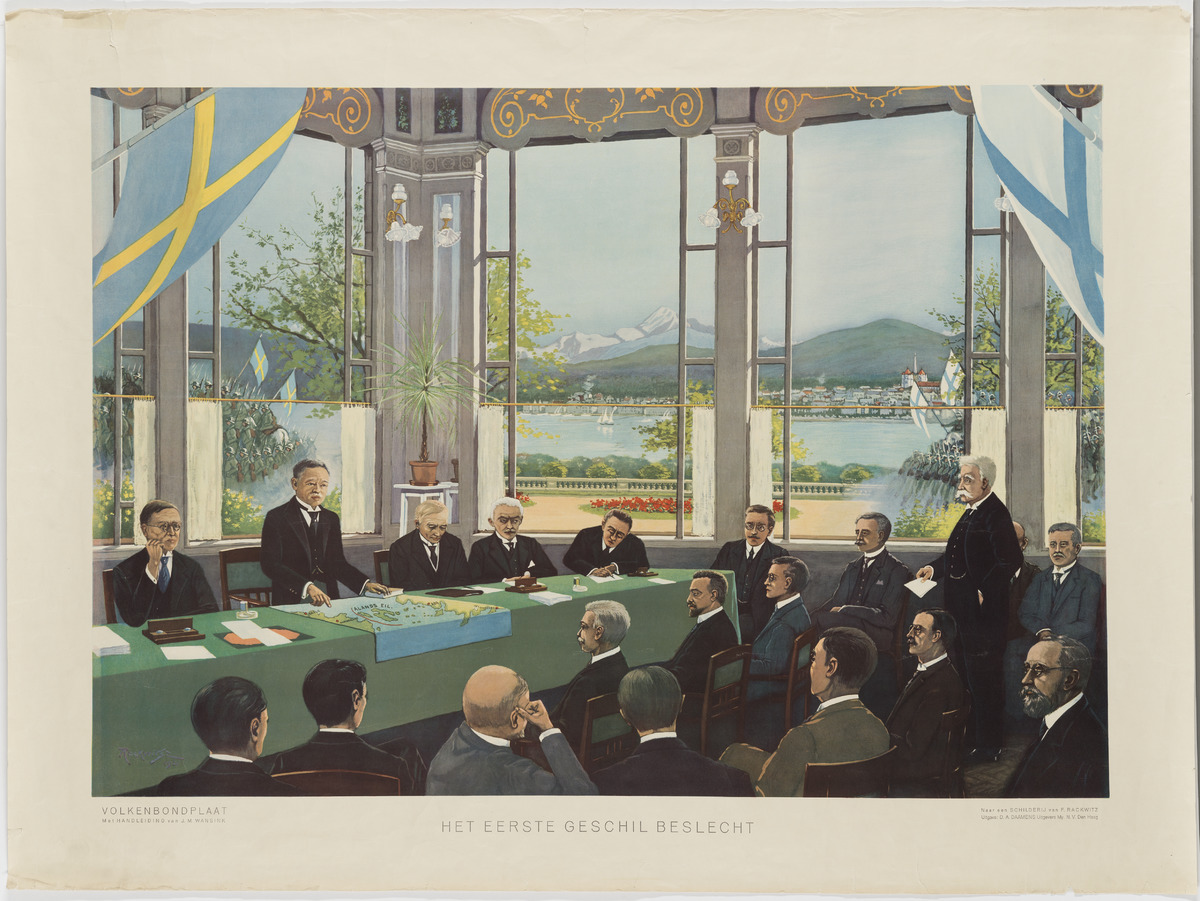 The League of Nations also resolved on the demilitarization and neutralization of the Åland Islands. The Islands could not either in the future be fortified and the practices from the convention of 1856 remained in force. It was typical of that time that nearby Soviet-Russia was not invited to sign the convention together with other countries. At that time, Soviet-Russia regarded the League of Nations as an enemy. The decision of the League of Nations was received on the Åland Islands with bitterness. Autonomy was not what the Ålanders had strived for. A lot of time had to elapse before the autonomy would seem a positive achievement. On the other hand, in the long run, it provided possibilities which would become very important in the future.