Listen
At the beginning of 1920 it seemed that Finland had waged a successful delaying battle, in so far as the Peace Conference did not concern itself with the dispute over the Åland Islands. On the other hand, the efforts to gain the trust of the western powers and to become a member of the League of Nations as well as the continuing uncertainty in Finnish Ostpolitik prevented the adoption of a too hard line. Finland had a bigger problem than the Åland Islands at its eastern border, where there was a state of war. 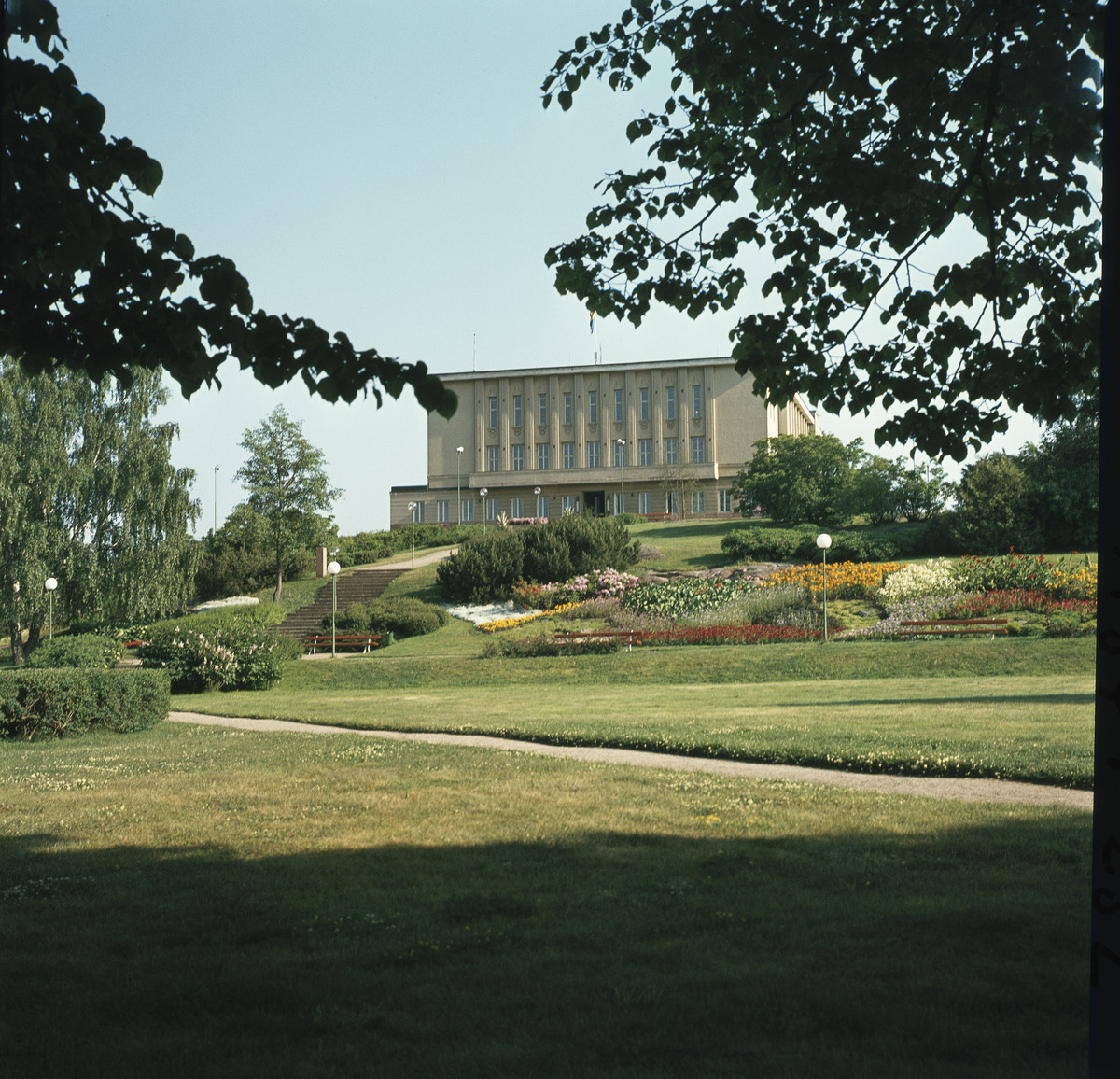 Finland tried to solve the dispute through legislation. An Act on Autonomy for the Åland Islands, going far to secure their Swedish nationality and language, was issued. The Ålanders, however, did not accept any kind of autonomy as an option replacing annexation to Sweden. They requested Sweden to take up the issue again internationally. The non-official council of Åland sent a delegation of 30 persons to meet the King and the Government of Sweden and negotiate about further measures; it suggested a declaration of independence for Åland as an option. The Swedes were encouraging, but at the same also held back. They did not want to aggravate the relations with Finland too much, but on the other hand the pressure created by the Ålanders would promote forwarding the dispute to an international forum. The Swedish advice was that the declaration of independence should be used as a last measure. If Finland would take actions against the Ålanders, Sweden would react, and the matter would be turned over to the League of Nations. The declaration given by the Ålanders to the Swedes was, in practice, written by the Swedes themselves.

Soon Rafael Erich, Prime Minister of Finland, and two other ministers travelled to Åland, intending to explain the Act on Autonomy for representatives of the islanders. They encountered a walkout and the local newspaper Åland called for a national assembly, which would decide on the fate of Åland.
Such defiance should, even according to law, have consequences – that was the Finnish attitude. Sundblom and Björkman were arrested and accused of treasonable activities. Sweden sent a condemning note to Finland, receiving the answer that it was a criminal matter and an internal Finnish internal affair. It prompted Sweden to recall its envoy from Helsinki as a protest and leave the diplomatic representation to lower personnel. 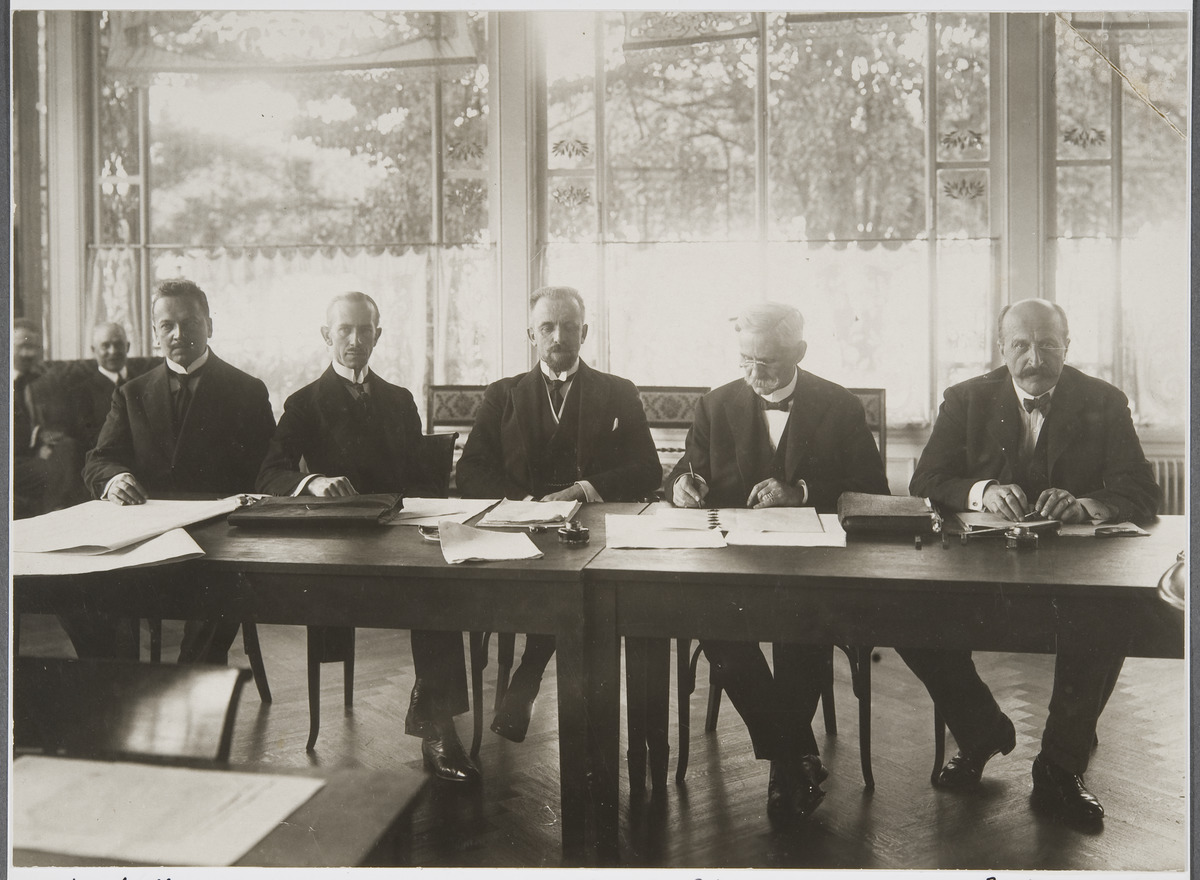 Finnish and Swedish delegations during the Conference on the Neutralization of Åland in 1921. The persons on the photo, starting from the left are Rafael Erich, Oscar Enckell, Carl Enckell, Erik Marcks von Württemberg and Eric Trolle. Finnish Heritage Agency.

The situation was tense. The Finnish Ministry of War dispatched an additional battalion to the Åland Islands, and the Commander of coastal defense was given instructions for action in case of a future war with Sweden. At the end of June the Government decided that in case Swedish troops were trying to land on the main island of Åland or any other island belonging to the archipelago, it would be regarded as hostile action which would be repelled by armed forces. Planning of a defense operation, ”Swedish concentration of troops”, started already in the autumn, in the event Sweden would venture a landing.
There was, however, no real threat of a war and the dispute was ultimately referred to the League of Nations. Sweden had no military intentions; it chose to rely on diplomacy, where it considered itself stronger than Finland and could rely on support from the King. The King’s power was marginal, but he symbolized Sweden’s established and historical status compared to Finland.
The simultaneous issue of the Tartu Peace Treaty was another problem, which required even more attention than Åland. Sweden tried to soften the Finns by promising diplomatic support to Finland’s goals in East Karelia. Such promises were actually of little value: Sweden could not influence Soviet-Russia, and trade with own territory (Åland) as merchandise was out of the question.
Skip to content