Listen
As the Civil War broke out there were several parties with ambitions to take military control of the Islands. On the islands, the Russian garrison was still numerous, filled with a revolutionary spirit which was regarded as a danger to the inhabitants. As the Reds took control over Southern Finland the Åland Islands remained in Russian possession, but a White military force, around 500 men, approached the Åland Islands from the east through the archipelago with a military take over as a goal. It seemed
that the Åland Islands, too, would be drawn into the raging Civil War.

The situation prompted Sweden to occupy the Islands step by step, starting on 13th February. These measures were declared to be of a humanitarian nature, aiming at prevention of combat. Sweden had already, indirectly, committed itself to provide the project of secession of the Åland Islands on 3rd February when a delegation of Ålanders was given an audience with King Gustaf V, Prime Minister Nils Edén and Minister for Foreign Affairs Johannes Hellner.

Official Finland regarded the Swedish landing as an insult to its sovereignty, all the more so as Sweden had not requested Finnish permission, which raised suspicion that the real objective of Sweden was to conquer the Islands. Further, it was regarded as an insult that the Swedes were in favour of the Russians during negotiations which led to the disarmament and removal of the White expeditionary force, troops of the legal Finnish government. The White forces regarded themselves as a victors in the skirmishes against Russians and Red Guards in Godby on 17th and 19th February; the Swedish ”mediation” bereft them of that victory. As to the Islanders, the intervention of Sweden was most welcome as it supported their demands to be annexed to Sweden.

The Swedes were, however, forced to succumb very soon. Germany sent own troops to the Islands, which, in practice, were taken over by them. Sweden did not want any friction in the matter with a great power. Neither did Sweden in any way want to be part of World War constellations. The common goal of the Swedes and the Ålanders seemed lost when the Whites emerged as victors in the Finnish Civil War in Finland and linked their foreign and defence policy as close to Germany as possible. Sweden finally withdrew its troops from Åland on the same day when Mannerheim held his victory parade in Helsinki. 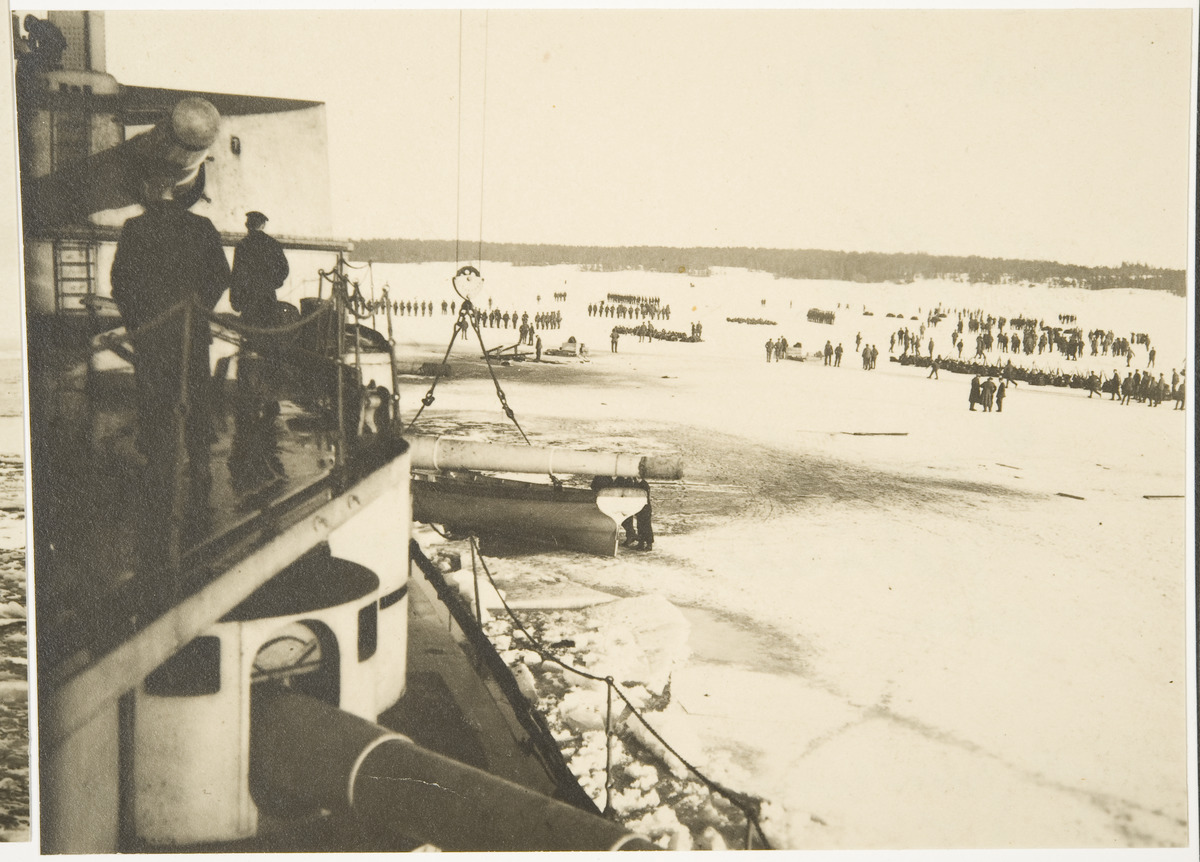 According to Sweden and the Ålanders, however, the Åland Islands had not been annexed to Russia as a part of Finland, but both were annexed to Russia as separate units. The clearly expressed wish of the Ålanders was the main argument in favor of annexing the Åland Islands to Sweden. Arguments of a strategically military or political nature were usually not uttered; they could apparently be considered overtly expansionist.

However, the Åland Islands was only a small problem for Finland in 1918, because Sweden could not present any claims as long as the World War was still going on and Germany remained powerful. The situation changed when the World War was over. 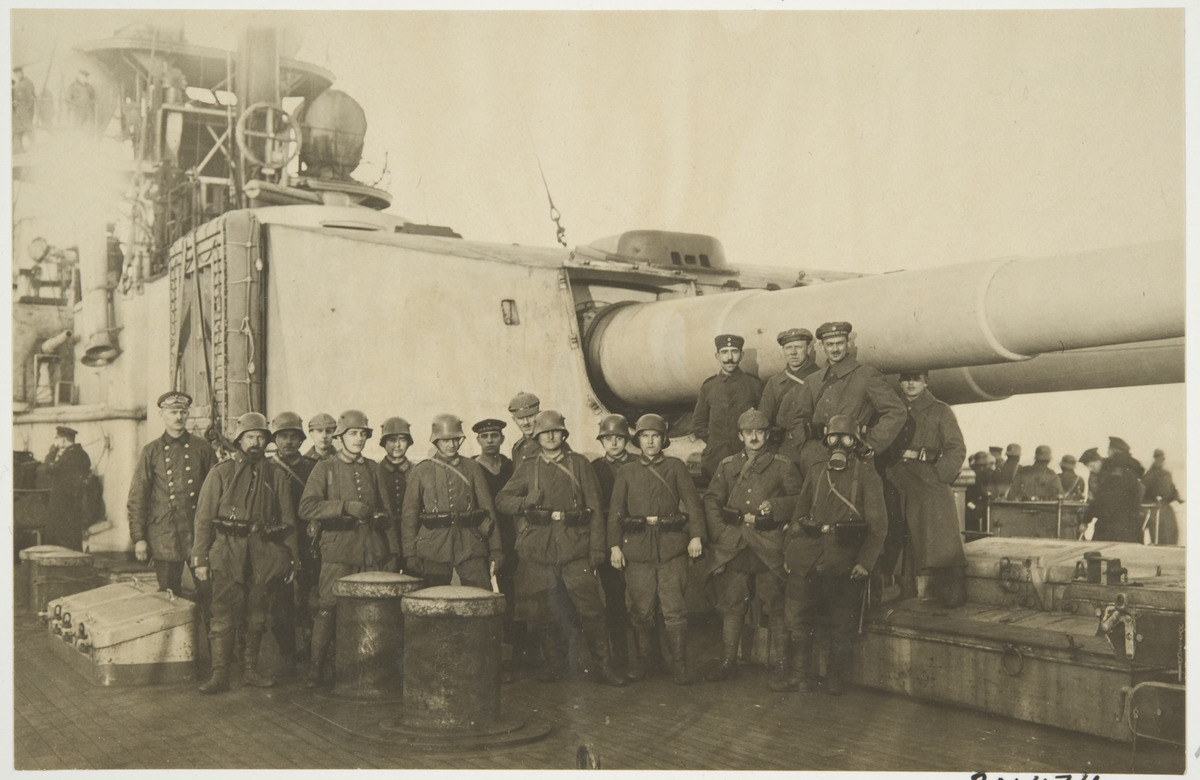 German soldiers from the Åland expeditionary force on the deck of an armoured vessel 1918. Finnish Heritage Agency. 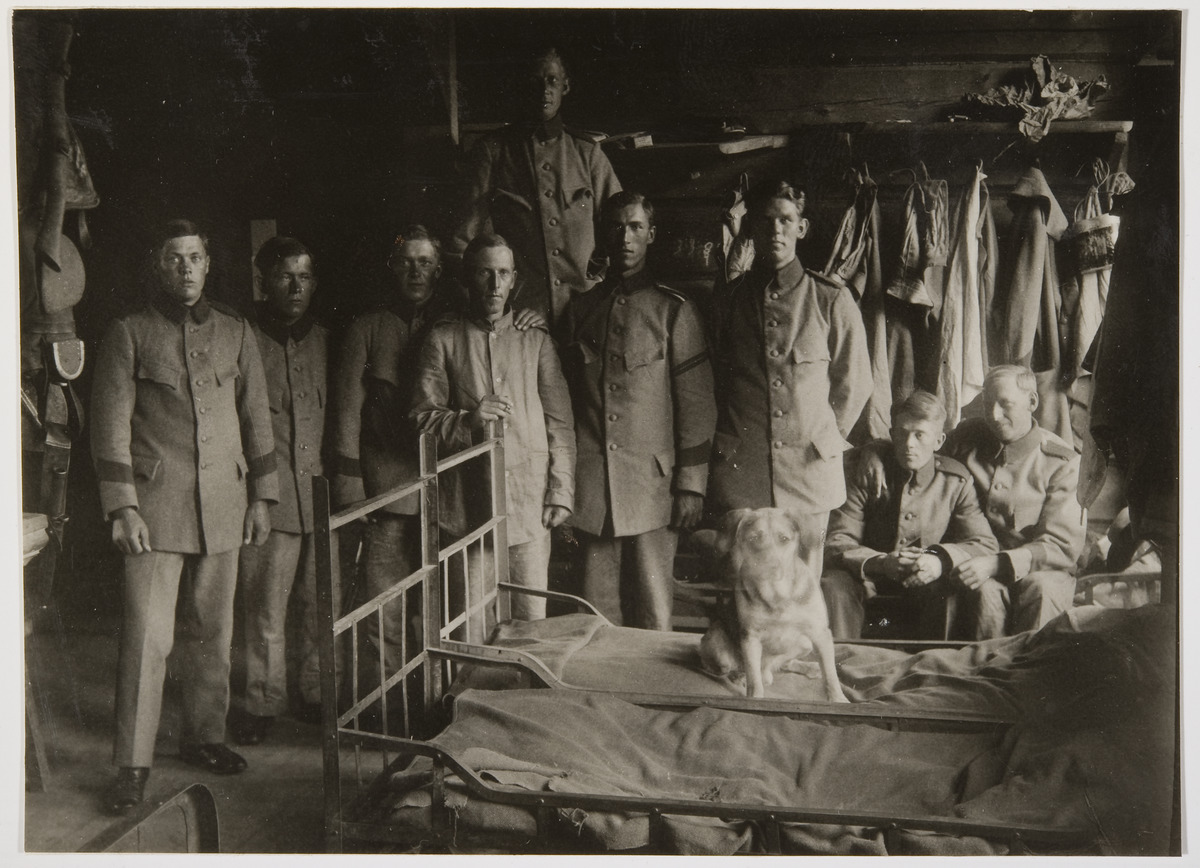 Members of an international Committee, which gathered on Åland for negotiations about the removing of mines from the Baltic Sea. Finnish Heritage Agency .