Listen
There was hardly any sign of separatist movement in the Åland Islands before 1917. Their status internationally remained unaltered, due to an international treaty from 1856 requiring them to remain unfortified. After the outbreak of the World War Imperial Russia naturally moved armed forces to the Islands in order to prevent landings of enemy forces and to close the Gulf of Bothnia and the Gulf of Finland. Ten coastal forts were built in the Åland Islands, and in 1916 the number of Russian soldiers (12 000) on the island was already equivalent to half of the Islands’ own population. A unit of gendarmerie was also stationed there. General warfare was, however, not extended to the Åland Islands at any stage despite the occasional bombings of submarines carried out by zeppelins. The situation changed, also in the Åland Islands, when internal revolutions started in Russia. A separatist Åland movement whose goal was the annexation of the islands to another state, i.e. to Sweden, becomes a reality in spring 1917.
The separatist movement had both nationalistic and other kinds of political reasons. The inhabitants of Åland were worried about the situation in Finland, which seemed to be drifting into a political chaos, possibly resulting in a strongly Fenno-nationalistic realm or the introduction of a socialist system. They wanted to get rid of the Russian armed forces because their undisciplined behavior had become a problem in the Åland Islands, too. Annexation to Sweden seemed to provide considerably greater protection nationally and socially than staying as a part of Finland, whose future seemed uncertain. 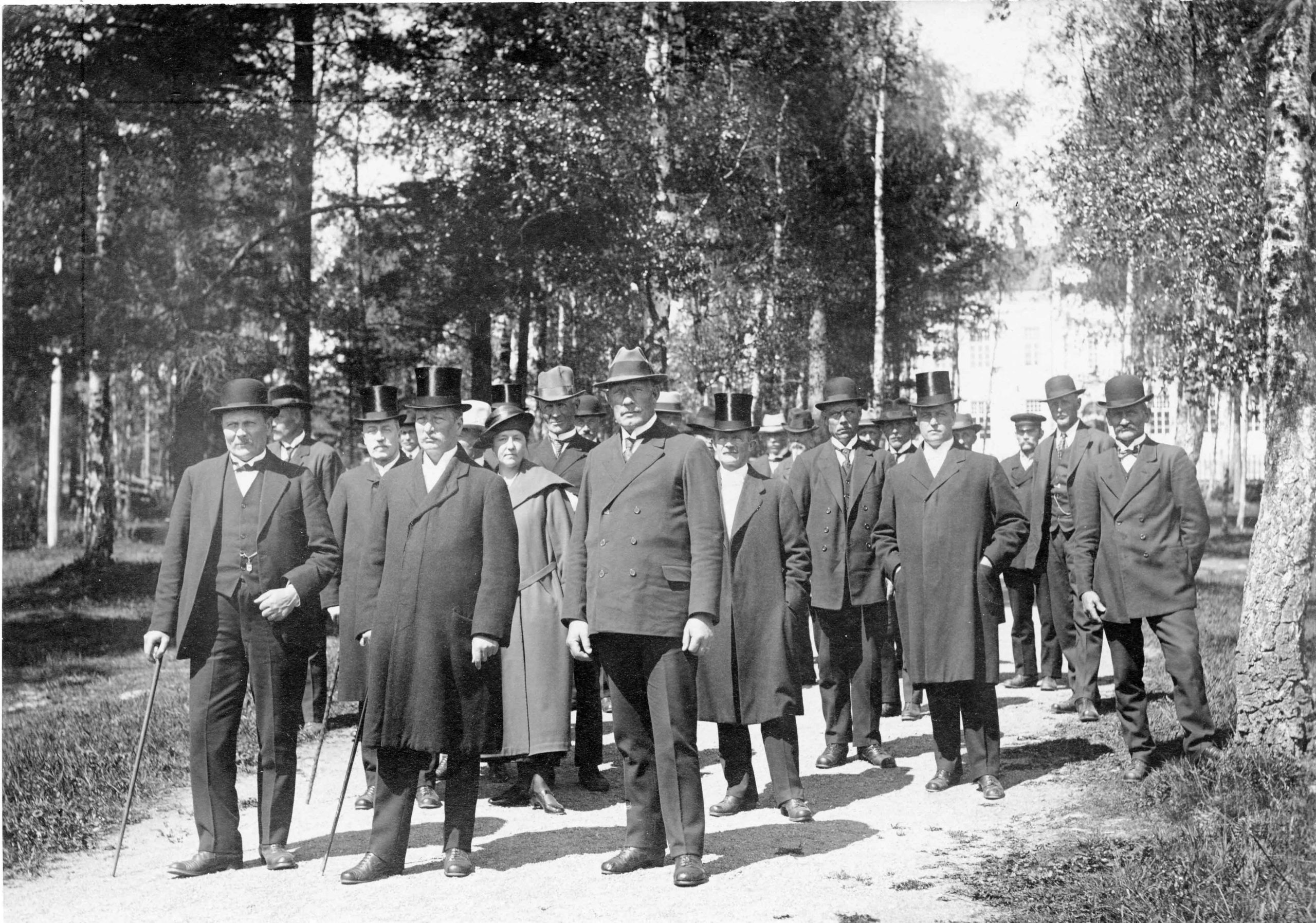 Members of the Parliament of Åland, including at least Johannes Eriksson, August Karlsson, Julius Sundblom and Fanny Sundström, walking to the church in Mariehamn. Museum of Åland.

The project of annexing Åland to Sweden was launched by a small group of activists and became finally a veritable peoples’ movement. At a meeting held in August 1917 representatives of several municipalities on Åland demanded that the Åland Islands should be annexed to Sweden. The Islanders regarded it as ”reunification”. The meeting decided to send a delegation to Stockholm to inform the Swedish Government of the desire of the inhabitants. Julius Sundblom, member of the Finnish Parliament and publisher of Åland, the only newspaper on the islands, and Solicitor Carl Björkman gradually emerged as leaders of this movement. Earlier contacts with the Government of Sweden had not been encouraging, but the project was backed by a growing number of leading men on Åland and ordinary Ålanders, particularly when Finland had issued a declaration of independence. During the last days of the year a petition was collected in which 7146 Ålanders expressed their wish that the islands should be annexed to Sweden. It provided the project with democratic backup. The project of the Ålanders simultaneously became a separatist one, because the movement did not in any way get in contact with the Finnish government. It was all about joining Sweden; the Ålanders did not bring forth any option for autonomy. 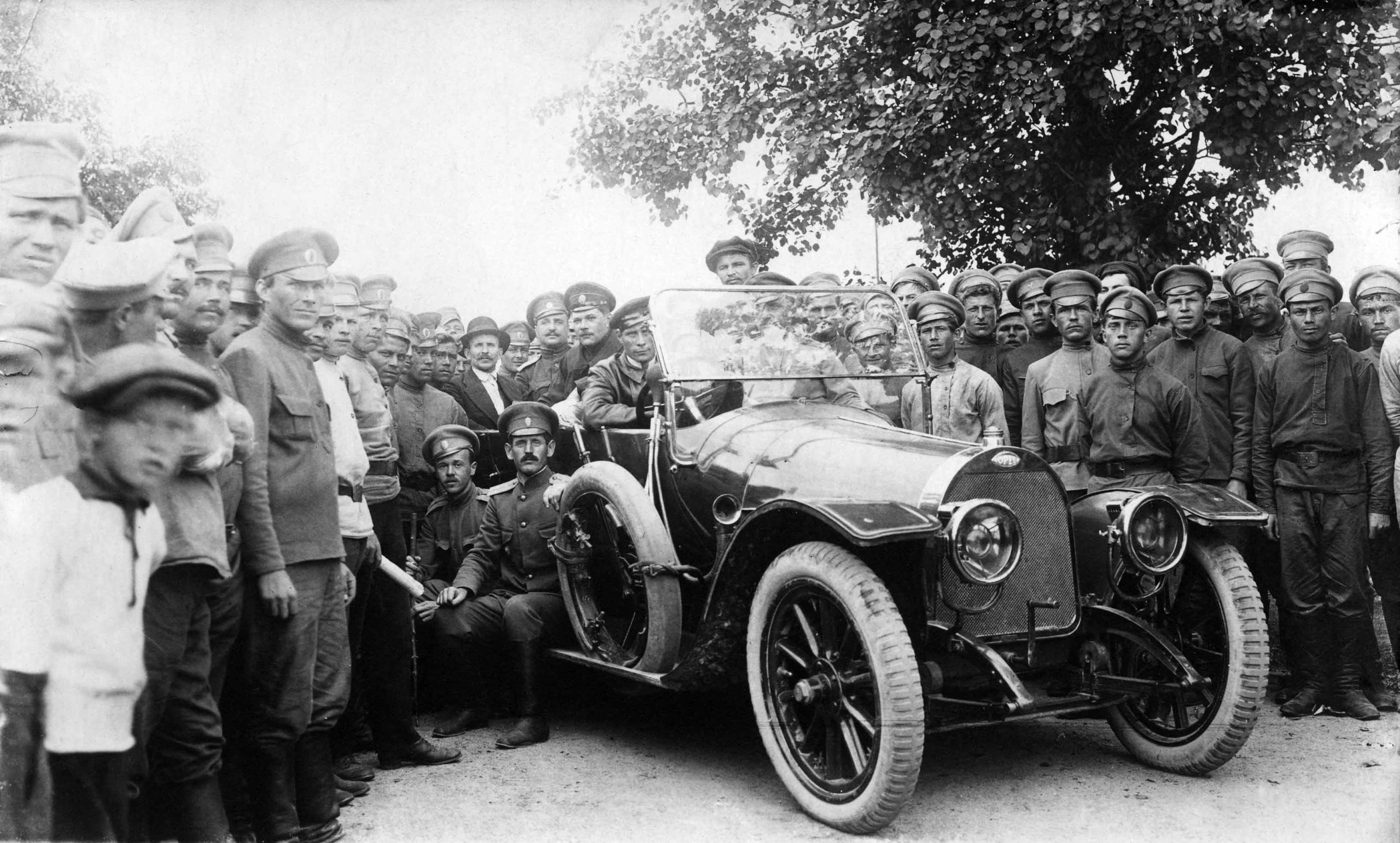 As the status of the Åland Islands was determined by an international treaty, almost none of the great powers would regard the result of the proceedings with total indifference. They regarded it, however, as a Russian internal matter as long as Russia was led by the Interim Government. The islands were also physically in the possession of Russian military forces. Soviet-Russia did not utter any reservations concerning for the Åland Islands when it recognized Finland’s independency. Soviet-Russia had, however, no intention to recognize any international security agreements concerning the islands in case it was not a party in such agreements.

During the World War, the Åland Islands immediately also became an object of diplomatic trade. In addition to Russia only Germany possessed the ability to intervene militarily in the matters of the Islands without delay. Its long-term goal had been to try to get Sweden to join the Central powers in the World War, and one of the incentives was to promise the Åland Islands as a prize. In fact, the King of Sweden provided an incentive for this in 1917 – withholding information about his own role in this matter from the Government of Sweden and the Swedish Parliament. However, neither the Government nor the Parliament wanted to endanger the neutrality of Sweden. For Britain, the Åland Islands was of great interest from the viewpoint of commercial interests and sea power, but the Islands were at that time outside the sphere of British influence.